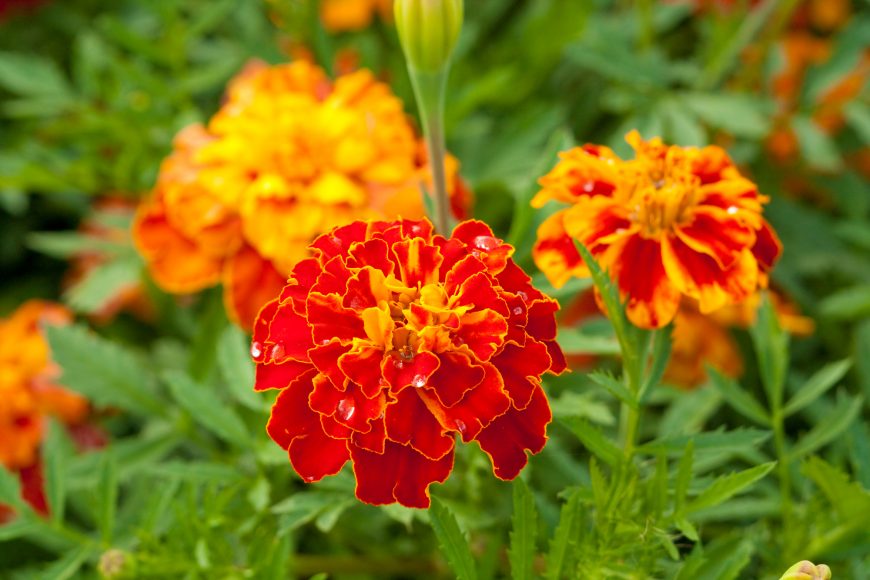 There have been a few studies that have shown Calendula Oil can be as beneficial to the skin as aloe vera. Anecdotally, people use it for things like poison ivy and diaper rash. It’s even been used as sunscreen. While it may not be a cure-all for these ailments and needs, the properties it shows make it a perfect ingredient in anything being applied to the skin.

Calendula Oil is used in anything from acne creme to sunscreen to topical ointments for cuts and scars. It also finds a home in a lot of lotions for skin irritation. Diaper rash, eczema, and psoriasis ointments often times have calendula oil included.

Calendula is a genus of marigold. It has about 15-20 species. Marigolds were not a huge player as a medical herb, though they had some uses. They were used to treat headaches, red-eye, fevers, and toothaches. Some doctors even claimed it had an effect on the heart.

Moreso, however, it was used outside the doctor’s office for things like spirituality, rituals, and cooking. In the 16th century, a recipe for a marigold potion allegedly allowed the drinker to see fairies. Its bright and intense color gives the marigold the honor of representing the sun in many rituals.

A cook will find that the center of the flower is bitter and strong. The petals, however, have been used to color foods for hundreds of years. They’ve even been used as a substitute for the spice saffron in a pinch.

Should I use Calendula Oil while pregnant?

It is not advised. There is not enough information about the product to know if it is safe for pregnant or breastfeeding mothers.

Can I take Calendula Oil orally?

It can cause drowsiness, so it is not recommended if you are taking or going to take anything else that induces drowsiness.