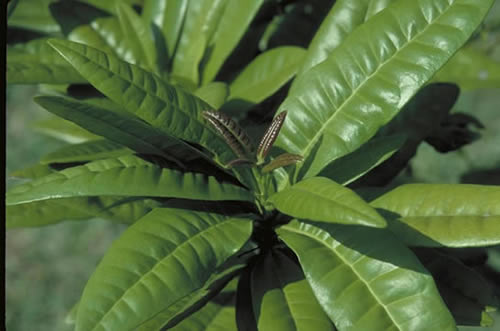 The allspice leaf oil is known for its earthy scent. The benefits of using this oil are very closely associated with the digestive system, so it helps with things like gastric cramps, indigestion, and nausea. It is considered to be an anesthetic as well as an antioxidant, thus making it really good for promoting health. Other things that this oil can effectively treat are muscle tone, rheumatism, arthritis, stiffness, nervous tension/exhaustion, depression, neuralgia, coughing, and bronchitis.

This tree is native to the West Indies, Southern Mexico, and the Caribbean. There are many places that now grow it for commercial purposes in Central America, so there are plenty of other areas there. It was attempted in 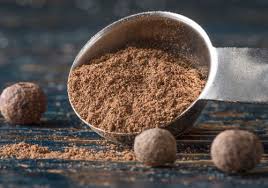 Europe several times, but it never produced very much fruit. However, the Mayans did use it during their time on Earth as an embalming agent.? Other South American countries used it to help flavor their chocolate. Other people, the Arawaks, used it to help cure and preserve the meats they referred to as boucans. Because of this term, later settlers who cured their meat with allspice were referred to as buccaneers.

Originally allspice was named Jamaican Pepper or Pimento, by the Spanish explorers who landed in the West Indies. The word pimenta in Spanish means pepper and they felt that Allspice looked like black peppercorns. The English renamed it Allspice because it smells like many spices- cinnamon, nutmeg, cloves, pepper, and juniper. Both of these

Because of the masculine scents, there are many different attractive aspects to the scent of this oil. It is believed to be a very powerful aphrodisiac, even in small dilutions.

Are there any known hazards with this oil? This is a very fragrant oil, and those who are hypersensitive may develop an allergic reaction. Make sure you do the standard skin tests before using them. Place the oil on a small patch of skin, on the underarm, and after an hour check for any skin irritation. It is known for being a very portent mucous membrane irritant as well, so it should be used in diluted form. It is also very important to avoid pregnancy.

What does it blend well with? This oil blends beautifully with orange and bergamot oil. Just as it blends well with citrus in cooking, it works great with oils when used for health purposes. 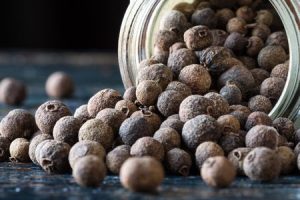 What are the most common ways to use this oil? Many people have found that the best way to disperse the oil throughout the room is with a burner or vaporizer. The scent can lift a depressed feeling very quickly and even help to ease stress. Another very popular method is through massaging the diluted oil into the skin. If you are looking for congestion relief, massaging a small amount into the chest can help clear up any stuffiness. Other affected areas, such as people suffering from joint pain, should administer the oil and massage it in right where it hurts.